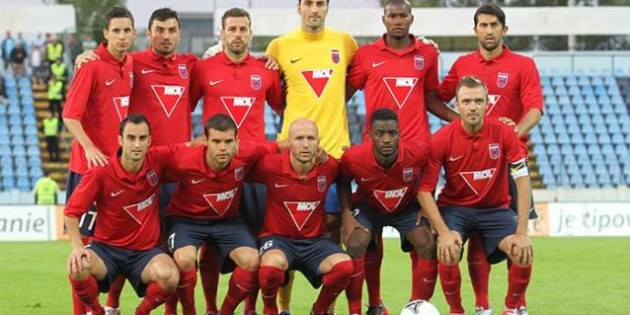 Player to watch – Nemanja Nikolić. With 20 goals from his 30 appearances last season, the 24 year old Serbian will definitely be key to a formidable attack that Videoton will have this season. With an impressive 61 goals from 84 appearances since arriving in Hungary in 2008, he will have plenty of desire to bring the title back to Székesfehérvár.

Rising star – Ádám Gyurcsó. The 21 year forward had a loan spell at Kecskemét last season as well as making 13 appearances for Videoton and finished with just 6 goals to his name but a first international cap in June saw him come off the bench to score a fantastic winner away to the Czech Republic. A big season lies ahead for him which he will start full of confidence.

Realistic target – Paulo Sousa has strengthened the defence well over the summer and this multi-talented squad is now playing with the style that has been expected of them. Already winning this season’s super cup against Debrecen, the board and fans will be now be demanding a league title, and they might just get it.

One thought on “Videoton FC”