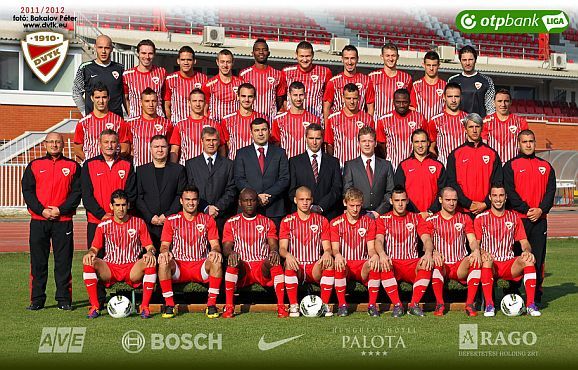 Player to watch – Tibor Tisza. After moving from Sint Truiden at the start of last season, Tisza has been in superb form for DVTK racking up 8 goals in the process. Tisza is a player capable of pretty much anything, and has been known to score some world class goals. His skill is almost unmatched in the league and his set pieces are usually deadly. If Tisza can have a consistent season, DVTK could very much be in the European spots come next June.

Rising Star – Andras Gosztonyi. Gosztonyi is a new signing at DVTK moving from last season’s runners up, Videoton where we performed fairly well. The Hungarian Under 21 international has bags of talent and has been called “The Tisza lite” in some departments of the press. His final ball isn’t always there, but his pace and trickery will give countless defenders plenty of nightmares. It’s a big season for Andras who really needs to show everyone what he’s got.

Realistic Target – After starting off like an express train last season, their European challenge went off the rails after inexplicably sacking their manager in April. DVTK have superb ability going forward with Luque, Gosztonyi, Tisza and Seydi all capable of scoring, and the signing off Hungarian international, Akos Elek will bring presence in the midfield. A European challenge is very much expected. Can they challenge for the league? Too soon, in my opinion, but who knows.