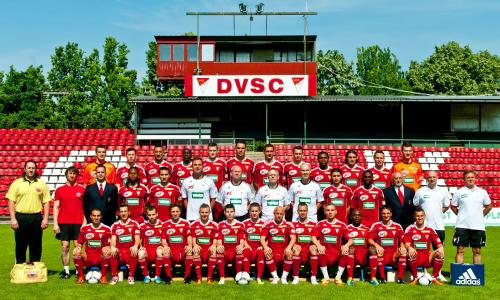 Player to watch –Adamo Coulibaly. An obvious choice but none the less an important one. The Frenchman has been prolific in Hungarian football and finished last season as the league’s top goal scorer with 20 goals from 27 games. He won so many games for Debrecen last term on his own and will once again be the scourge of first division defenders.

Rising star – Adam Bodi. Marauding midfielder who is fearless on the football pitch. It has helped that he is surrounded by so much talent but he has made his place his own in a multi time championship winning team, which at 21 years old, speaks volumes. Expect him to contribute with a fair amount of goals too.

Realistic target – To go all of last season undefeated was a fantastic feat but I can’t see it being repeated this year. Does the squad still have as much desire as previous years? That remains to be seen, but their Champions League exploits so far could prove to be a distraction from the league, with it looking likely that at worse, they could be in the Europa League.