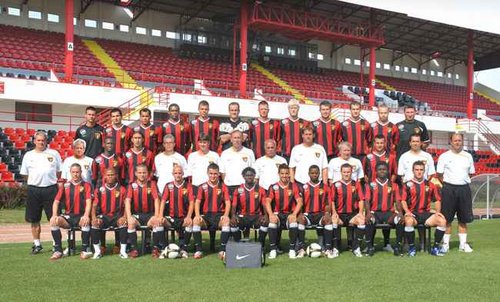 Player to watch – Herve Tchami. Tchami had a poor time of it last season, but now with his name cemented in the first team, he’s got a big chance to prove himself. The Cameroonian has plenty of ability, has pace and a very good shot left footed shot. Was the standout player in both legs against Russian giants, Anzhi in the Europa League and now he’ll be ready to perform in NBI.

Rising Star – Richard Vernes. Vernes burst onto the scene at the end of last season, and scored two goals in the Europa League before Honved’s exit to Anzhi. The 20 year old has a very mature end product for a player so young, and with just four first team appearances to his name before this season, he could be a real shock to defences this year.

Realistic Target – Honved cemented fourth place last season, and they’ll be looking to replicate that form this year. After losing their two best strikers in January they never quite looked the same, and they might struggle to score goals. It’ll be interesting to see if they can replicate that impressive season without the threat of Torghelle and Danilo.

One thought on “Budapest Honvéd FC”